Plant a tree in memory of Jared
An environmentally-friendly option 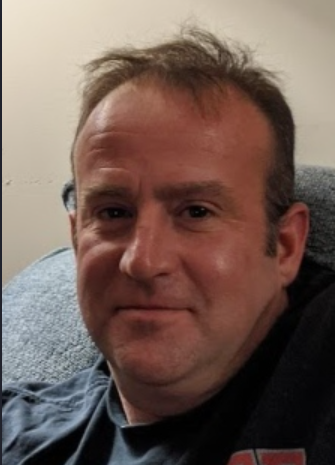 Jared Q. Richey (49) of Hilliard, Ohio died unexpectedly on Sunday June 6, 2021. Born on June 21, 1971, in Lima, Ohio, Jared grew up in Van Wert where he attended Lincolnview High School. After graduation, Jared attended Columbus State Community College where he studied to be an RN. Jared served his country in the Army National Guard and was ordered to active duty in support of Operation Iraqi Freedom in 2003. Jared spent one year and four months in Kuwait, where he received several badges and honors. After his return from Kuwait, Jared spent the rest of his career working as a Registered Nurse in various institutions for the State of Ohio for over 20 years.

Jared had an ear for music and was a self-taught, avid guitar player. He spent a lot of time in “Studio B” in his home “rockin’ out”. He had an adventurous spirit and loved the outdoors: you could find him in the backyard stargazing with his astronomy app, on the bike trails riding his bicycle regardless of the weather and cruising the highways and byways on his motorcycle. He loved his family and could be found back home in Van Wert target shooting. Jared loved all animals – and was known for bringing home injured animals to nurse them back to health. (Birds, turtles, possums and even an owl made it home once!).  Jared’s biggest animal loves were his dogs, Cooper and Stella, his dart frogs, Cuff and Link, and 11 tarantula’s.

Most of all Jared loved his family. He will be dearly missed and forever in our hearts.

Jared is preceded in death by his parents Gerald and Monica Richey and sister Bridget Richey.

Mass of Christian Burial will be at 10:30 am Saturday, June 26, 2021 at St. Mary of the Assumption Catholic Church with Father Chris Bohnsack officiating.   There will be no public viewing.  Burial will be in Van Wert Woodland Cemetery following the church services.  Grave side military rites will be rendered by the Combined Honors Unit of American Legion Post 178 and VFW Post 5803.

Plant a tree in memory of Jared by clicking here.
To send flowers to Jared's family, please visit our floral store.

A service summary is not available

Plant a tree in memory of Jared
An environmentally-friendly option

Plant a tree in memory of Jared

7 trees planted in memory of Jared

I send you thoughts of comfort
Park,sunghye

A Memorial tree was ordered in memory of Jared Q. Richey by Park,sunghye.  Plant a Tree

To know Jared is to love him. Although we had lost touch since high school, there always had been a special place in my heart for him. He always knew how to make me laugh even at inappropriate times. Jared will be missed but never forgotten. The Richey family is always in my thoughts and prayers.

Jared,
May your soul rest in peace.
Time can never fade the memories of you.
My thoughts and prayers are with you and the rest of your family.
God bless and stay strong
Loraine

A Memorial tree was ordered in memory of Jared Q. Richey by Loraine .  Plant a Tree

A Memorial tree was ordered in memory of Jared Q. Richey by Nick and Oliver Richey.  Plant a Tree

My heart is heavy with the loss of Richey. One night when I was dealing with an inmate in crisis, Richey revealed to me the depths of his kindness. For a cup of coffee, the inmate agreed to take his medications and behave the remainder of the night. I looked all over the prison and couldn't find any coffee and no one wanted to share their coffee with me following my explanation as to why I needed it. Nurse Richey overheard me and told me he had coffee I could use. I told him why I needed it and he said, he didn't care who I needed it for and he proceeded to get it for me. I strongly believe people will reveal their true colors when you are in need. Richey was the only one willing the help me, while I was trying to help every one else by avoiding further incident from this inmate. Although he kept to himself, his selfless act left footprints on my heart. May goodness and mercy follow you always, Richey! My condolences to the family and friends for all of our loss.

Plant a tree in memory of Jared